Cryptocurrencies became a booming industry in 2017 when the pioneer crypto, Bitcoin, hit its peak. This caused other cryptocurrencies to jump as well and hundreds of people all over the world benefitted from it. This attracted the attention of thousands of new investors, but also an influx of cybercriminals in this market. The fraudsters and scammers all came rushing into this newly crowded crypto industry. Consequently, exchanges, investors, and businesses have found themselves the target of numerous Bitcoin App Scams, crypto scams, and fraud schemes, from hacks to phishing scams to surreptitious crypto mining on hacked devices.

Cybercrime targeting people in the crypto space has become so rampant that regulators have had to issue warnings repeatedly and even insurance companies are offering coverage against crypto theft. Similarly, Facebook has also imposed a ban on crypto ads on its platform. Mobile platforms have also been invaded by the cryptocurrency frenzy and users are being targeted by different times of deceptive crypto-related apps. Bitcoin app scams have grown rapidly due to the popularity of this digital currency. The biggest issue is that there is not just one kind of Bitcoin app scam.

Cryptocurrency exchanges are a very hot target for crypto scammers because of two reasons. First and foremost, these exchanges are extremely popular amongst crypto enthusiasts and secondly, most of the crypto exchanges don’t have a mobile app. Thus, it is like ‘unclaimed territory’ for these scammers and they waste no time at all in coming up with malicious fake apps. Enthusiasts who are fans of the exchange would want to download the app since it could offer them a great deal of convenience.

These fake apps are typically designed to phish for login credentials for the impersonated crypto exchange. The stolen credentials are then used by attackers for taking over the compromised accounts. To ensure that users don’t hesitate in giving away their passwords, these scammers try to be as subtle as possible so as not to raise suspicion. They ensure that the developer name, the user interface, and the app icon usually mimic the legitimate service. Plus, thanks to fake reviews, the app also appears to have a pretty solid rating.

Some of the world’s leading cryptocurrency exchanges have been targeted in these Bitcoin app scams. Poloniex was one such exchange that became a target since it didn’t have an official app for its users. The fake apps created for the exchange didn’t just attempt to harvest the login details of Poloniex clients but also tried to trick the users into sharing their Gmail account information. Apart from this malicious behavior, you will also find third-party apps that open up the official website of the impersonated legitimate exchange in the web browser.

Another Bitcoin app scam is fake wallet apps. You need a crypto wallet for storing your Bitcoin and other cryptocurrencies. Wallet apps are not as rare as that crypto exchanges, but not all of them that exist are fully legitimate. These scam wallet apps make use of different methods for defrauding victims of their virtual coins. Some of these fake wallet apps are designed to trick people into transferring coins to the scammer’s wallet while others are more interested in the personal information associated with the victims’ wallets. You will also come across scam apps that combine both of these or use other creative tactics to scam people.

Nevertheless, out of all the scams that target crypto wallets of users, the easiest ones to see through are the wallet address scams. There is one simple principle that’s used by apps using this tactic; as soon as they are launched, they do not require people to register themselves on it. Instead, these fake wallet apps just pretend to generate a public key for a new crypto wallet. This is presented as a scannable QR code or copyable text. If people follow the instructions and send their Bitcoin or other cryptos to this wallet, they will discover that they cannot get access to their amount anymore.

This is because they don’t own the private key that’s needed for accessing the wallet. The key is with the attackers and the amount sent to the wallet is now at their disposal. This technique is common in apps that target Bitcoin, as well as other cryptocurrencies. Instead of being isolated incidents, the apps are often launched in batches. This means that they are tied to a single scammer, either through shared wallet addresses or via the developer’s name. There are dozens of apps that have shown such fraudulent behavior.

In the last couple of years, there has been an overall surge in crypto-mining, which means there is also an increase in phone-based miners. While the effectiveness of smartphones for performing resource-intensive mining remains somewhat questionable, malware authors are still determined to give it a shot. There is also some confusion as to whether a crypto mining app is malicious or not. It depends on whether the users are deliberately choosing an app to utilize their phone’s processing power for mining cryptocurrency or if someone else is hijacking the device for making a profit. Crypto-mining malware is responsible for the latter.

This mining functionality is achieved by either adding a crypto-mining framework in apps or by running mining scripts in mobile browsers, which is also referred to as cryptojacking or in-browser mining. Bug Smasher, a popular game that was added to Google Play in 2011, came with a mining package that used a library for mining the cryptocurrency Monero. The app was removed in 2018.

As mentioned above, there are Bitcoin scams app that don’t disclose their mining intentions, but there are also apps that pretend to be mining or ‘obtaining’ cryptocurrency for the user in some other way. In reality, these apps are all about claims and don’t do much other than display ads. Furthermore, to get the maximum effect of these ads, the apps are designed in such a way that they incentivize their users to open these apps regularly. For instance, users could be offered free coins every day or be required to open the app to continue mining. These apps may not exactly fall under the category of mining, but they are deceptive.

With mining becoming increasingly difficult through regular CPUs found in PCs, it is even more complicated through mobile devices. But, this doesn’t stop crypto scammers from disguising their ad-riddled apps as mining ones. As the ‘mining’ done by these apps continues, the earning balance of the user goes up. Sometimes, the fake mining is interrupted with pop-ups that promise a reward for giving the app a 5-star rating.

The rise in the earning balance is irrelevant because you cannot redeem any amount of Bitcoin. Despite this fact, the scammers do try to appear trustworthy. When users submit a withdrawal request with their Bitcoin wallet address, the users are informed by the app that it will take three to four working days for the transaction to be processed. The amount submitted for withdrawal is subtracted from their earning balance but is never really received.

Not only can you find fake Bitcoin miners, but some apps claim to mine Ripple, a cryptocurrency that cannot be mined by definition.

These are just some of the Bitcoin app scams that have become routine. Investors need to be very cautious when they are downloading apps on their mobiles.

How to Avoid These Scams

Here are some tips that can come in handy for staying safe from these Bitcoin scam apps: 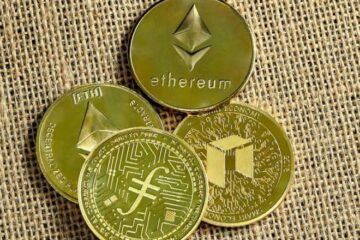 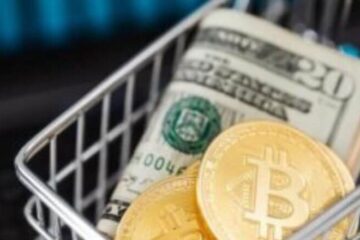 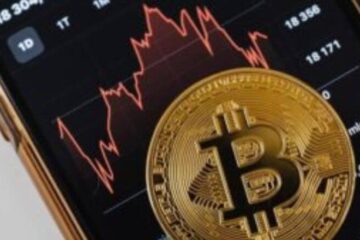