Everyone is familiar with the concept of a wallet; it is used for keeping your money safe. The same concept has been applied in the crypto space as well. To store your cryptocurrencies, you will come across wallets that are specifically designed for Bitcoin Wallet.

There are different kinds of wallets that you can find and the crypto market has witnessed considerable growth in their use and development. Globally, a large number of entrepreneurs and businesses are foraying into the world of cryptocurrency by creating their crypto wallets.

While it is possible to build your crypto wallet from scratch, ready-made solutions are becoming more popular. The problem is there are risks associated with the crypto market and this doesn’t refer to its volatility.

Crypto scams are a common occurrence these days and you will easily come across stories of Bitcoin wallet scams. The risk is also inherent when using these wallets for other cryptocurrencies, but Bitcoin users are the most vulnerable to such scams when they are trying to generate a QR code for sharing their BTC easily.

When you do an online search for text-to-QR code converters, the scam ones will not convert your actual wallet address into a QR code. Instead of doing so, they have designed their converters in such a manner that their wallet address is printed on the QR code rather than yours.

This means that when you send funds to that QR code, they will go to the scammer’s wallet instead of yours. These days, scammers have gotten smarter when using these tactics. In some Bitcoin wallet scams, scammers have gone as far as creating addresses that are similar looking when users try to verify their wallet address.

So, what should you do? People are downloading Bitcoin wallet apps regularly for storing their cryptocurrency and the number of scams is also increasing. Then, how do you protect yourself?

You don’t want to be just another victim. The problem is that most people depend on the stringent review processes of Google Play and Apple Store to identify fake apps. They believe that the apps are all legitimate and will not inflict any damage.

But, this is just a false sense of security because a lot of Bitcoin wallet scams are conducted through these apps. Most of these apps are imitations of some of the widely used Bitcoin wallet apps like Coinbase, BitGo, BreadWalletand Armory.

A lot of people downloaded these fake apps and had their Bitcoins stolen. It took some time for the apps to be identified and then removed. By then, several people had lost a significant number of Bitcoins.

How do you make sure you don’t end up with a fake Bitcoin wallet app? Here are some of the precautions you can take to avoid becoming a victim of Bitcoin wallet scams:

Only use Wallet Apps that are listed on Bitcoin.org

When you are interested in getting a Bitcoin wallet to store your BTC and are new to the crypto market, the first place you should look is at the bitcoin.org website. While this may not be the official website of the cryptocurrency, it is maintained through the effort of the entire Bitcoin community.

Therefore, the wallets that you will find listed on the website are the ones that have been scrutinized by the wider Bitcoin community and have been approved as secure and trustworthy.

However, one important thing to note here is that a lot of fake Bitcoin wallet apps are imitations of the legitimate wallets listed on this website. This means that if you are still not cautious when downloading these apps, you could end up with the fake one.

These imitations often use the same name and logo that you will see on Bitcoin.org, which can create some confusion. But, the website can provide you with a foundation.

When you want to download a Bitcoin wallet on your mobile device or desktop, it is recommended that you visit the official website of the wallet. This is because their website will have a link to its app on App Store or Google Play. The link will directly take you to the official app and reduce the risk of you opening a fake app in its place. Nonetheless, this doesn’t mean that you shouldn’t be vigilant.

After all, those who have designed the fake wallet can take things further and create a cloned website that looks exactly like the official website, making it difficult to distinguish. Hence, you will still end up at a fake website from where you will download the fake wallet and be scammed.

How can you prevent this? You need to check the URL address of the official site of the Bitcoin wallet. Keep an eye out for even slight variations, such as one letter being replaced by a different one.

For instance, Coinbase.com could be Coinpase.com. You can safely navigate to the official website of the wallet you wish to download when you choose to use bitcoin.org.

Always check the reviews of the Wallet App

Never download or start using a wallet app from the Apple store or Google Play before you have done your due diligence. This means that you need to take out some time and read what other users have to say about the app.

The reviews of an app are of the utmost importance because they can give you an insight into what to expect. You can avoid Bitcoin scams wallet if you check reviews before opting for a wallet app. Along with reviews, you should also check the app’s ratings and the number of times it has been downloaded.

The higher the ratings and the number of downloads, the better it is because it indicates that the app must have something to offer. Nonetheless, it is also essential to remember that app owners do have the ability to manipulate the rating system in their favor.

But, this is usually possible when the number of downloads is low. For instance, a wallet app that has more than 100,000 downloads and a rating of more than 4 would be deemed more reliable than an app with a 4.5 rating but just 1,000 downloads.

Every wallet app was new once upon a time and someone did try them. There is nothing wrong with wanting to use new wallets for storing your Bitcoin. After all, it is a given that at any given point, there is someone in the world working on developing a new Bitcoin wallet.

Not every developer has bad intentions. However, this doesn’t mean that you shouldn’t be careful when you are thinking of trying a new wallet that has just been introduced. This is particularly true if you don’t have a lot of knowledge about how cryptocurrency wallets work and how to analyze the robustness and security of the wallet.

Moreover, you should avoid a new wallet if it is trying to copy the name or design of an already existing wallet. When you are interested in trying a new wallet, you should do a thorough background check on the people behind its distribution and development.

While the wallet may be new, its development team members may have done other projects and they can be used for accessing their credibility.

Reach out to someone knowledgeable about Wallets

If you don’t have any knowledge about how crypto wallets work and are not tech-savvy, it is a good idea to get in touch with someone who understands Bitcoin and the different kinds of wallets that exist. They can help you in avoiding Bitcoin wallet scams.

You can speak to them about the wallets that can be trusted enough to download and store your cryptocurrency. You can even ask them to send you a link to reliable wallets. A name might not be helpful because, as mentioned above, lots of fake imitations exist.

Therefore, it is better to get a link that directly leads you to the wallet’s website or download source. If you are considering a new wallet, you can ask them to dissect the app and tell you whether it is what it claims or just another one of the Bitcoin wallet scams.

The most ideal situation for Bitcoin holders is to choose a wallet that’s not in control of third-party entities. This means that the Bitcoin wallet should give you complete control of your private keys and no one else should be able to access them. It is not something you can take lightly if you have a substantial amount of Bitcoins in your wallet. Unfortunately, there are only a handful of such wallet apps on the Apple Store and Google Play that will provide you with this level of control.

You need to be vigilant and only choose wallets that do because you don’t want to wake up one day and find out that someone else has accessed it and removed your BTC. The security of your crypto demands constant vigilance and it should start with a secure and reliable wallet.

You shouldn’t choose a Bitcoin wallet in a hurry because it could lead to mistakes on your part. It is better to take out time, do thorough research, make a shortlist and then finalize a wallet. In this way, you can avoid Bitcoin wallet scams and protect your cryptocurrency without any hassle. 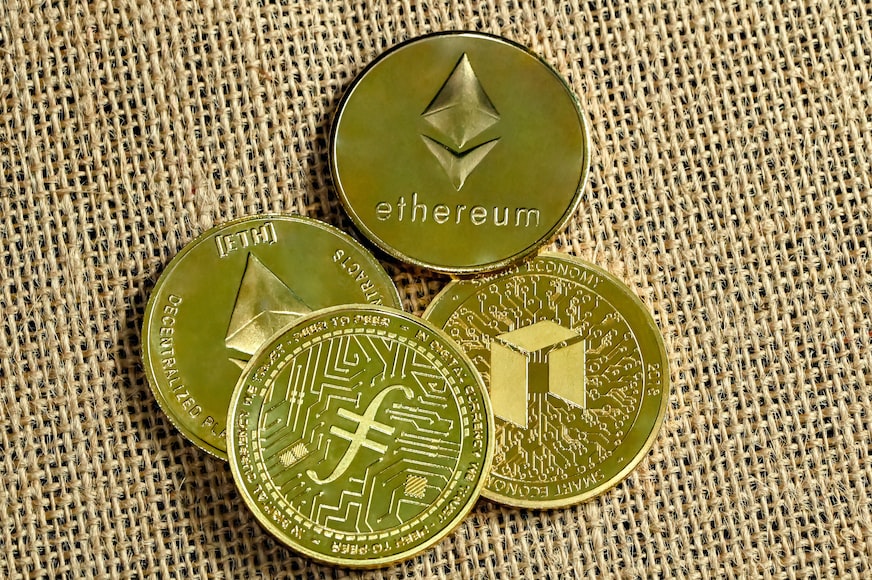